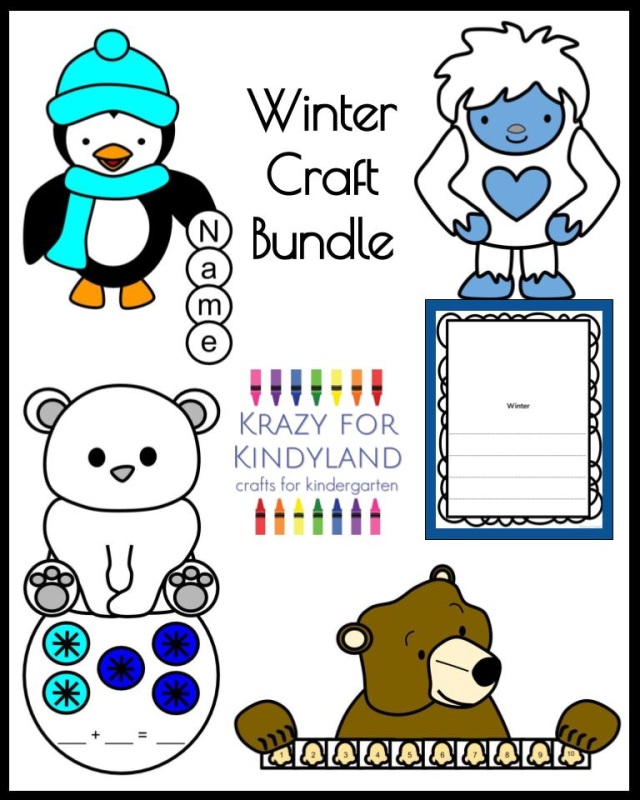 Note: The cover of Krazy for Kindyland products include exact JPEG(s) of included craft(s).

Enjoy Winter festivities throughout January and February with this craft pack! Our crafts are downloads you can print at home. Each craft includes a cover and a contents page, so you know exactly how to put pieces together. The only supplies you need are paper, scissors, glue, and crayons! Enjoy creating with the kids!

Yeti Craft and Writing: In Winter

Book companions to go along with this craft pack include, but certainly are not limited to the following titles:

If You Were a Penguin

Where Is Home, Little Pip?

The Thing About Yetis

Henry and the Yeti

Spaghetti with a Yeti

Yeti, Turn Out the Light

Bear Stays Up for Christmas